90% of our time we are indoors, and one of them is while at work. That is why it is essential to breathe quality air in our offices or businesses, because it will not only prevent health problems, but it will also relieve stress and increase our productivity. 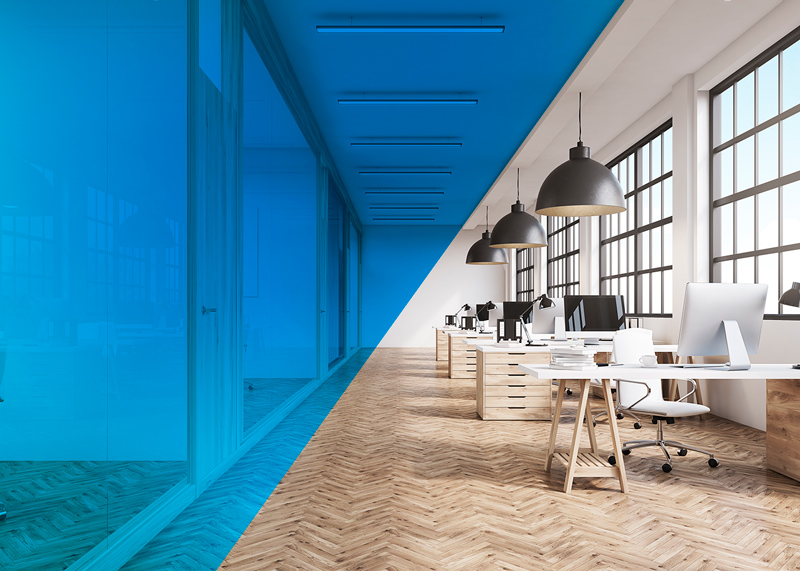 We breathe better, we work better

The Harvard Business School1 reveals that there is a direct relationship between the quality of ventilation and the cognitive function of workers (an indicator of productivity). In this research, framed within the Harvard Healthy Buildings program, the environmental conditions of a work environment were varied to measure how it influenced the performance and behavior of people.

Special attention was paid to the level of carbon dioxide and volatile organic compounds (VOC) to check their effect on workers. When there was good air quality, employee decision-making, strategizing, and planning improved. According to data published by the World Green Building Council2, offices with low levels of CO2 and VOCs (volatile organic compounds) and good ventilation, increase the cognitive function of staff by up to 101%.

Good ventilation and air filtering represent benefits for the health and quality of life of employees, which translates into an economic improvement for the company. According to data provided by research carried out by Harvard University and the University of Syracuse3, it was concluded that by taking acting steps toward ventilation in work buildings for less than $40 per person per year, production could increase by 8%, which means an increase in productivity of USD $6,500 per employee per year. 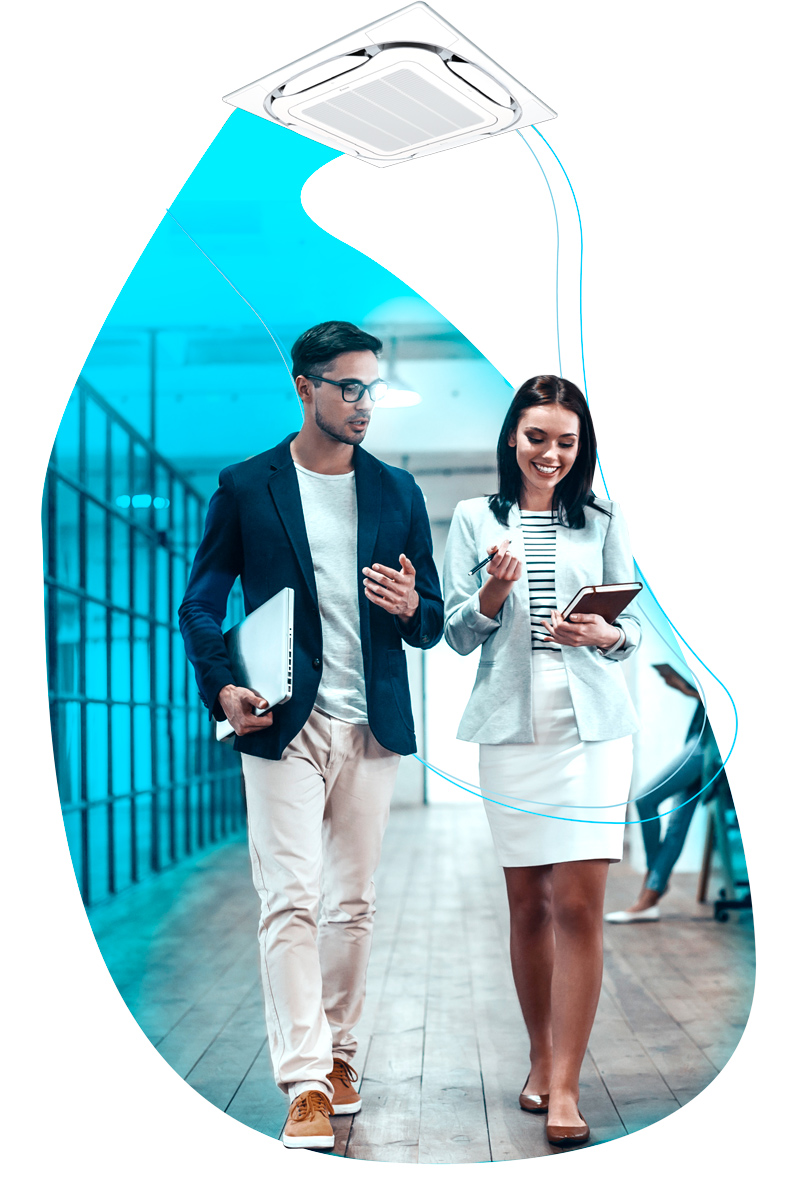 Our workspaces should be healthy places, however, sometimes office buildings present problems that give rise to what the WHO defined as Sick Building Syndrome (SBS). It is known by this name as the “set of annoyances caused by poor ventilation, thermal decompensation, electromagnetic charges and particles and vapors of chemical origin in suspension that circulate through the building in which we live or work.”4

There are two types of sick buildings according to the WHO: the temporarily sick and the permanently sick. In the first case, it is about those new or recently remodeled in which the symptoms disappear over time. In the case of permanent ones, symptoms persist for years.5

The most frequent symptoms are not serious, but they can be a nuisance in our day-to-day life and reduce our ability to work. For example, feeling of tiredness, headaches, dry eyes or throat, nausea, dizziness may be some of them depending on the building, and they improve when exiting it.6

If the indoor air is not sufficiently renewed, environmental pollutants from various sources will accumulate and affect the health of workers. Some of these pollutants come from construction and decoration materials, such as formaldehyde, organic fumes, etc. Others from office products such as ozone that is released by photocopiers or cleaning products; and also, some particles from the outside air that get inside the building, such as sulfur dioxide or radon.

In addition, the thermal environment can also affect the SBS, a temperature between 23 ºC and 26 ºC in summer and between 20 ºC and 24 ºC in winter is recommended, and the relative humidity must be kept between 40 and 60% to avoid the appearance of harmful microorganisms.7

Tips to keep the air in your business or office clean8 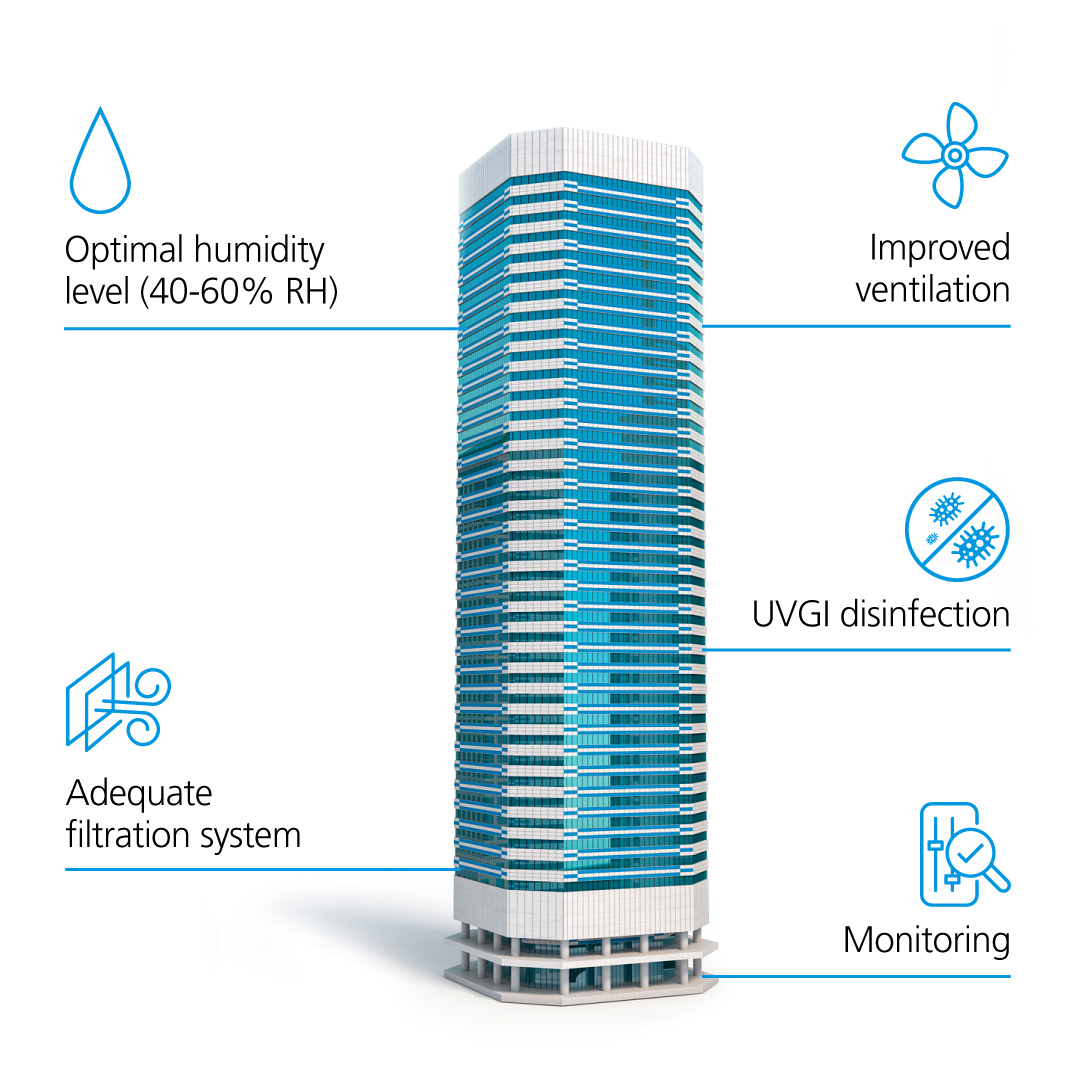 [9] REHVA document on how to operate and use thermal installations in buildings to prevent the spread of coronavirus (COVID-19) (SARS-CoV-2) in workplaces.

How Daikin helps you improve the quality of the air 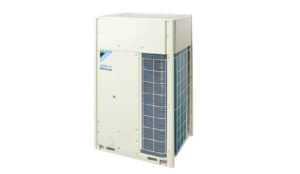 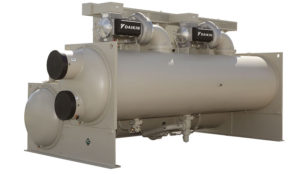 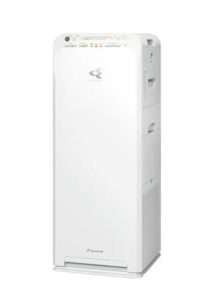 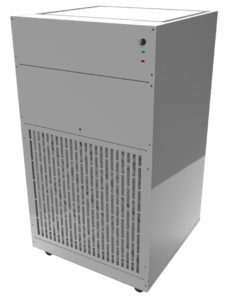 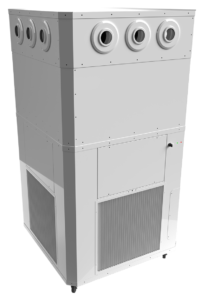