Every day we breathe around 8,000 liters of air in an average of 21,000 inhalations. Just as we worry about what we eat and drink, or even the quality of the air in our cities, are we aware of what we are breathing inside and outside the home? 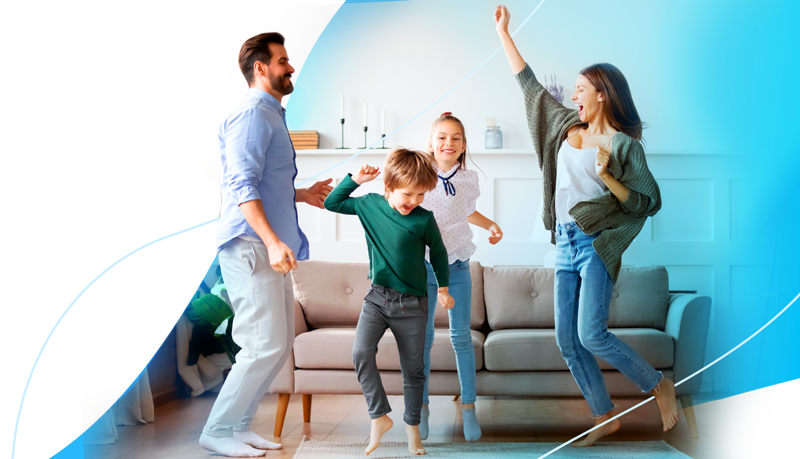 Did you know that indoor air is more polluted than outdoor air?

Indoor air is between 2 and 5 times more polluted than outdoors, according to several studies, including that of the United States Environmental Protection Agency (EPA) 1. To this, in addition, is added the fact that we are part of the so-called ‘Indoor Generation’ or ‘Indoor Generation’, that is, we spend 90% of our time indoors, according to the World Health Organization (WHO)2.

Indoor Air Quality (IAC) is the term that refers to the nature of the air inside buildings, which affects the health and well-being of its occupants. This quality is determined by the levels of pollutants present in the air. A representative indicator is particulate matter (PM), which is a mixture of solid and liquid particles of organic and inorganic substances suspended in the air.3 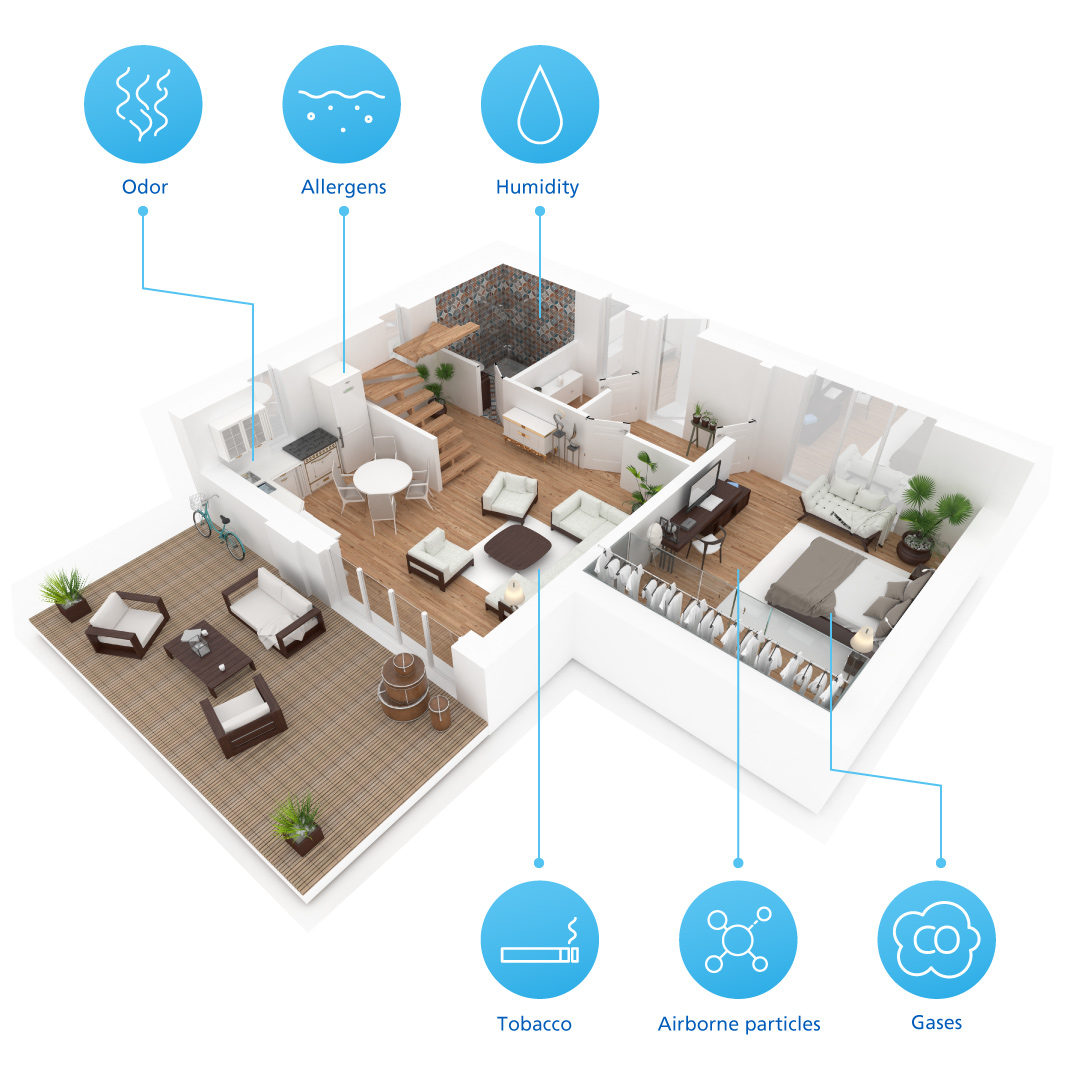 Inside the buildings that we often frequent (homes, offices, leisure places, and schools) we can find multiple sources of contamination, both from elements present inside, and other compounds that come from outside.

Indoor pollutants may include:

Exterior pollutants that can enter building:

Prolonged exposure to indoor pollution can cause problems in our health, especially in children – such as irritation of the eyes, nose or throat, headaches or respiratory problems. Therefore, it is essential to take care of the quality of the air we breathe. For this, the experts 7 recommend ventilating naturally, but also relying on technology. 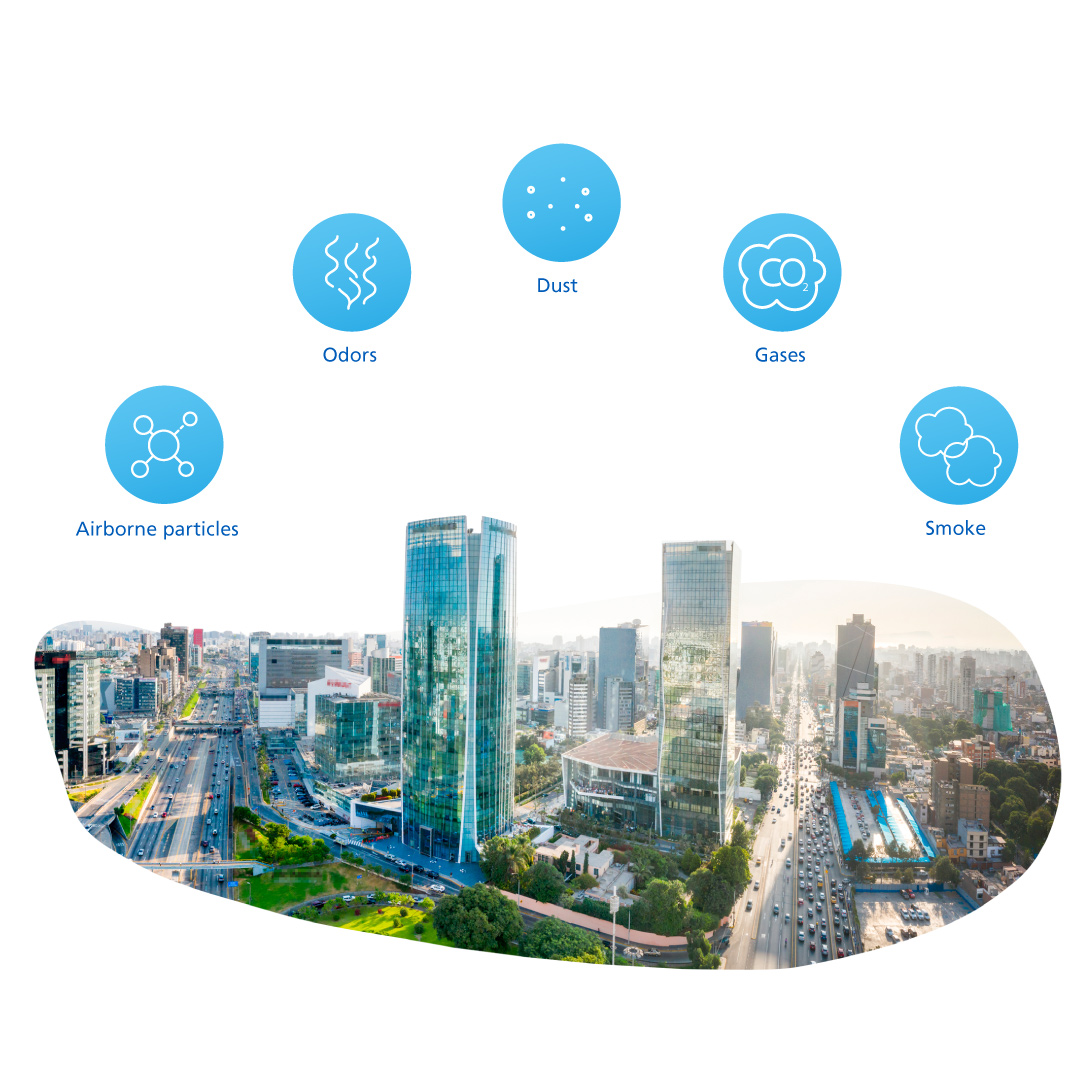 Daikin, the air that you breathe

At Daikin, we have been concerned for years with offering equipment that not only provides air conditioning, but also provides higher quality air. Ventilation, air processing, humification or filtration are some of the essential components of Daikin equipment and systems that help to clean and purify it.

THE AIR AT HOME
THE AIR OUTSIDE OF THE HOME

How Daikin helps you improve the quality of the air